On Friday 2 September a small group of men from the church assembled with paint brushes to put an undercoat on the church railings.   Gordon Aiken assured his volunteers the job would only take a couple of hours, starting at 10.00am.  Having stopped for tea and buns at 1.00 pm, the job finished at 3.00 pm. With a drop of paint left in everyone’s tin attention turned to the rusty cage protecting the oil tank, and in a matter of minutes, the cage was given a makeover and the last of the paint used up.  Before leaving it was agreed to return on the following Friday, 9 September 2022, to put on a topcoat.

When the group re-assembled at 10.00 am on 9 September the mood was sombre in light of the passing of the Queen.  Rain overnight had left the railings damp, making a decision to postpone painting out of respect for the death of Her Majesty relatively easy.  Before dispersing John Buchnan led the group in prayer and reflection before observing a minute’s silence in memory of Queen Elizabeth II.

Throughout the morning of 2 September, when the undercoat was going on, James Beattie paused every now and then to take photographs.  Some of those he took are shown below.  If he had thought to take “a selfie” he would have had a photo of every member of the group. 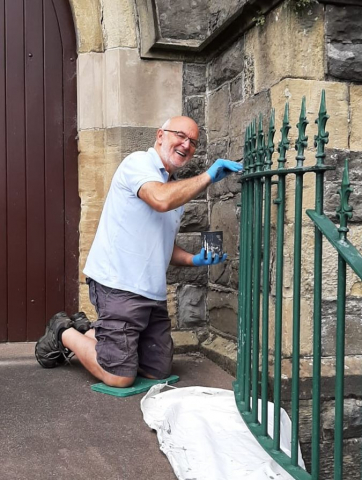 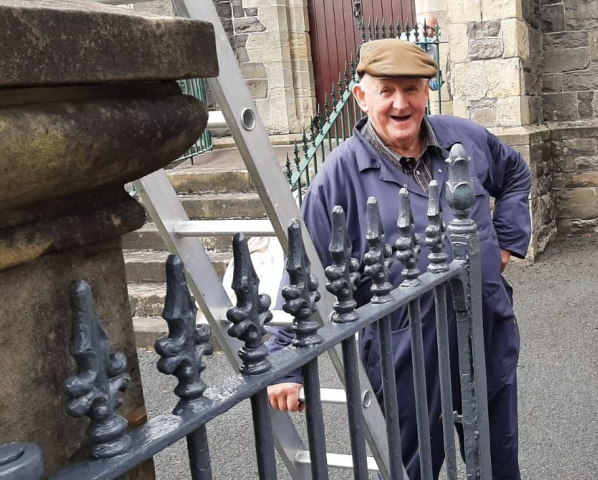 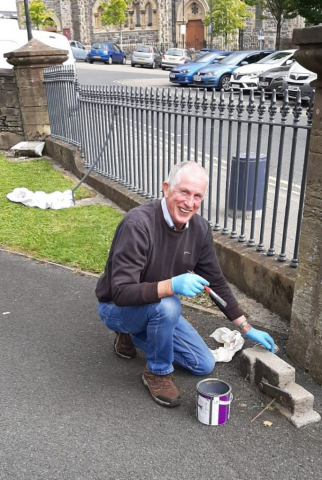