Symbols of the service laid out on a table below the pulpit, draped in the flag of Zimbabwe

This year, on Friday 6 March 2020, the Women’s World Day of Prayer was hosted in Omagh by the Methodist Church.  It was organised by Esther Millar who played a vital role in providing the reflective service which was enjoyed by all who attended.  Each year the service is written by a different country; this year the service was prepared by the Christian women of Zimbabwe.   All were encouraged to reflect on the difficulties and unrest that have plagued that country over many years. During the service we learned of the challenges faced by our Sisters in Zimbabwe and of their hopes for the future as they invited us to support them in their continuing journey of faith. Following the service which was a real inspiration for all, ladies representing all the churches in the town shared supper in the Peter Good Hall. 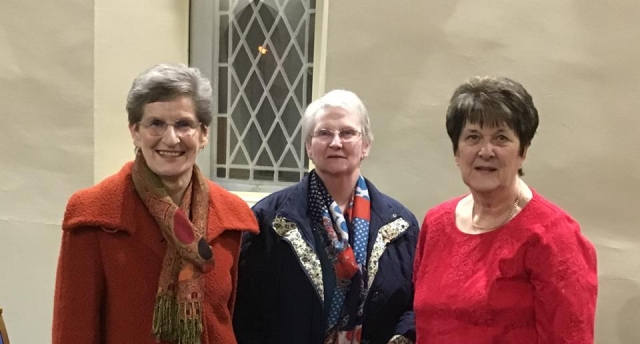