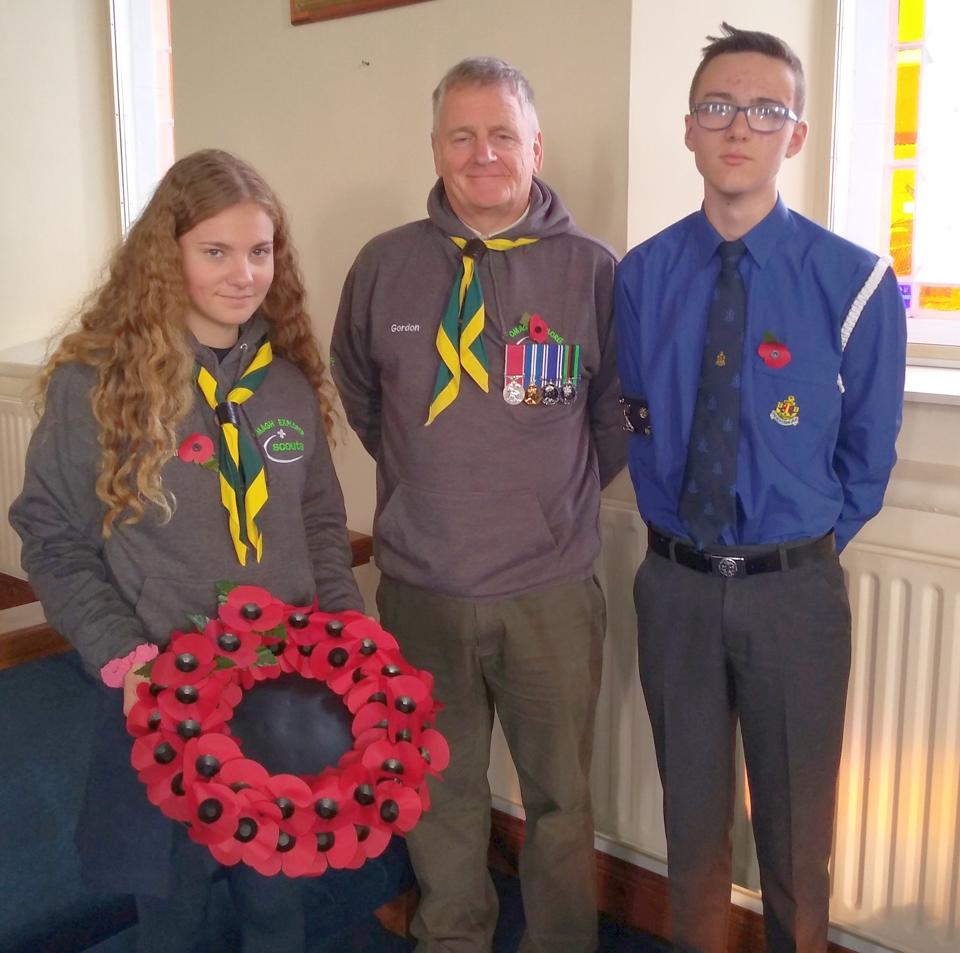 Gordon Aiken, with Emma and Adam

Omagh town marked Remembrance Day in 2019 with services in Omagh Academy and local churches.   Poppy wreaths were laid at the war memorial at 11.00 am by a large number of persons representing the Police and Armed Services, Civic Bodies, Schools and Youth Organisations.   The annual muster organised by the British legion assembled in Campsie at 9.15 am and led by the Murley Silver Band from Fivemiletown, paraded the short distance to Omagh Academy Grammar School for a Service of Remembrance in the school Assembly Hall. Led by clergy from each of the town’s main churches, the cross-community service was well attended.  Central to the service was a solemn reading of the town’s Roll of Honour – a list of 112 lives given in the service their country by men and women in the Great Wars and during “The Troubles” by members of the RUC, UDR and PSNI.   Following the service, the parade moved in bright crisp sunshine  to the Cenotaph where a two-minute silence was observed and the wreaths laid.   Afterwards many of those present made their way to local churches.    In Omagh Methodist a wreath to acknowledge the service of those of the Church who had served in World Wars I and II and in other conflicts since, was laid by Gordon Aiken, supported by two young members of the congregation representing the town’s youth organisations. The service was led by Rev Eleanor Hayden, who earlier in the day had participated in the service in Omagh Academy.

Murley Silver Band leading the parade out of Omagh Academy