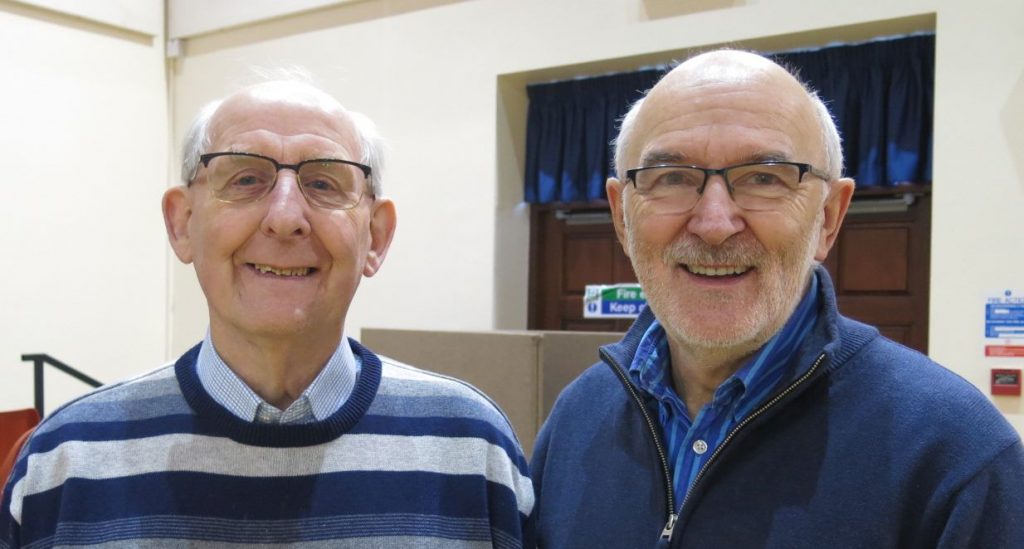 The guest speaker at the Men’s Breakfast Fellowship on Saturday 26 October was Mr Albert Blackburn. Albert had been invited by John Buchanan to share his story of faith and fortune from boyhood in Newtownstewart to present day. On leaving school aged 15 he joined the British Army; following basic training he was stationed in LIsanelly Barracks, Omagh, for nine years with border patrols among his duties. On leaving the army he trained as a male nurse in the old T & F “mental” hospital and recalled with sadness men who had spent a lifetime in care, having been confined for some minor misdemeanour and forgotten about. His next employ was with Inglis Bakery delivering bread in Belfast during which time he was regular worshipper in Donegal Road Gospel Hall. During those years he met and married and raised a family, always staying close to his Lord and Saviour. From selling bread he moved on to selling animal feeds and built up a profitable business – now sold. Despite a heart attack and two stents he travels to Tanzania each year meeting peoples who have a desire for the Word of God. Albert enlightened his talk with many Bible texts, continually emphasising the need for salvation in this world to secure a place in the next.