The North West District of the Methodist Church held its Spring Synod in Omagh Methodist Church on Tuesday 5 March.   Led by Rev. Eleanor Hayden, the District Superintendent, the ministers and lay representatives of the 6 circuits and 18 churches within the large North West District came together to receive reports and to discuss proposed changes as they will affect the District in the future. This meeting was of historical significance within the Methodist Connexion as it was the last Spring Synod to take place within the current church district structure.   The Connexion plans to introduce a new district structure in July which will see the current North West District being included in the new much larger North Western District. 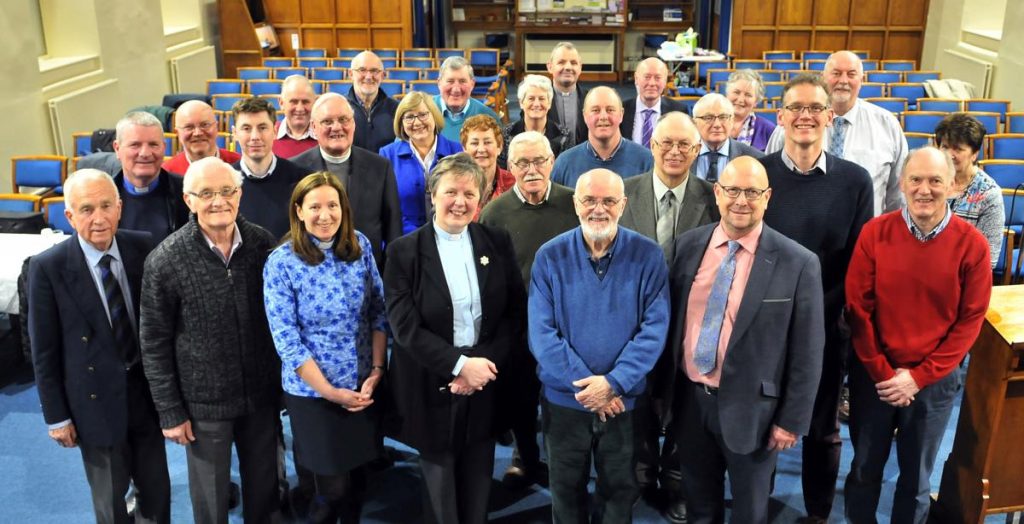 Rev Eleanor Hayden, District Superintendent, with the ministers and lay representatives at the final synod meeting.